Two-Months Post Meghan Markle’s Interview, What We Learned from the Duchess of Sussex

Meghan Markle and Harry did an exclusive tell-all interview with Oprah that aired in early March. The monumental discussion details the not-so-fairytale life Meghan and Harry lived under the British monarchy. Markle is the first woman of color and American to marry into the British royal family.

In the two-hour event, Markle sits down with Oprah for the first hour and shares what the British tabloids did to her mental health, well-being and overall sanity. Most Americans are unaware or unfamiliar with the lengths of exploitation the British tabloids have taken to get a story.

The overwhelming reality across the world is showing us that the color conversation is still present. 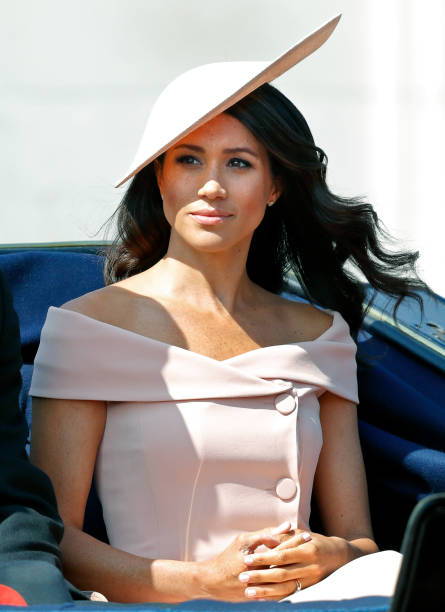 During her pregnancy, Markle said that those in “the firm” otherwise known as the royal institution, had several conversations with her husband questioning how dark their baby was going to be. Those in the monarch were apparently “concerned” with how potentially dark Archie’s skin tone would reflect on the royals.

While some may say this is no big deal, this is a blatant form of racism and colorism that Black people experience on a regular basis. Questioning how Black Archie was going to be, reflects on the royal family’s racism and inherent bias in having a biracial child carry on the royal bloodline.

Despite how shocking and unbelievable this question is, it is the reality of the situation that Markle exposed to Oprah.

According to Markle, the conversations about how dark in complexion Archie would be, did not stop there. The British royals were concerned with all of their potential children. Towards the end of the interview, Markle and Harry announced she is pregnant with their first daughter. 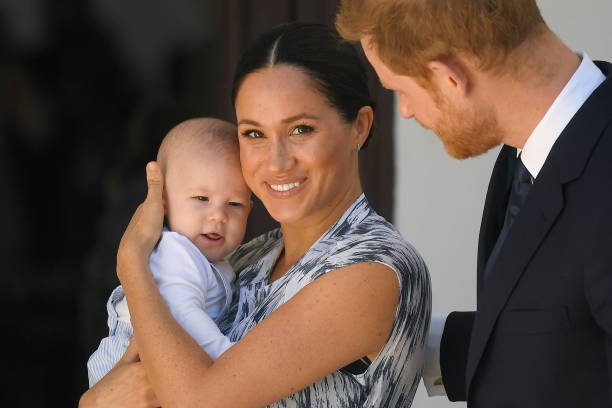 Markle shared during the interview that the British media wanted to create a negative narrative of her. The tabloids consistently vilified her, depicting a woman who could not keep her hands off her belly, made Kate Middleton cry and was difficult to work with. Two months after this interview aired, the tabloids have done nothing but consistently tear down her reputation and say she lied about everything she said in the interview.

Markle said the press she received during her pregnancy, impacted her mental and physical health. She said she felt mentally tormented and considered committing suicide. She believed her death would solve the problem. In response to her suicidal ideation, Harry said he needed to protect his family and to do so they needed to leave the toxic monarchy he was all too familiar with. In hindsight, Harry said he could see what was happening to his wife and feared that she would end up like his mother.

Black men and women of every nationality took to social media to show their support for Markle, including her famous friends who have sent messages of love after the interview aired. Dr. Shola Mos-Shogbamimu called out Piers Morgan for constantly badgering, bullying and downplaying the racism Markle experienced. In fact, according to BBC News, due to his offense, “Piers Morgan has left ITV’s Good Morning Britain following a row over comments he made about the Duchess of Sussex.”

Markle has been praised for speaking her truth and highlighting the centuries’ worth of systemic racism that Britain is rooted in. She put a spotlight on the horrendous treatment she received by the monarch, media and institution for simply being a biracial Black American woman. Unfortunately, many Black Americans have long experienced and continue to experience microaggressions, colorism, racism and many other ‘isms that are directed toward them.

Despite the history of these aggressions, it has not stopped the Black community whether in the US, Britain or any other part of the world from lifting each other up and offering a shoulder of support and understanding.

ABOUT THE L.A. STYLE MAGAZINE “COLOR IS BEAUTIFUL” ISSUE

It is with love and optimism that we share this issue in such a time as this. L.A. STYLE announces our unwavering solidarity for the equality revolution; we join hands and hearts with our sisters and brothers who are oppressed by systemic racism and other injustices occurring due to the color of our skin. As Robert Frost once wrote, “The only way out is through.”
This “Color is Beautiful” issue,  features over 100 public statements from a collection of movie stars, music legends, political figures, sports stars and more who have spoken out for justice.
Get It Now

6 Restaurants Where The Food Matches The View

Belmond’s Napoleon on the Rhône & Back To Paris

Sustainable Designers Based in LA

This website uses cookies to improve your experience while you navigate through the website. Out of these cookies, the cookies that are categorized as necessary are stored on your browser as they are essential for the working of basic functionalities of the website. We also use third-party cookies that help us analyze and understand how you use this website. These cookies will be stored in your browser only with your consent. You also have the option to opt-out of these cookies. But opting out of some of these cookies may have an effect on your browsing experience.
Necessary Always Enabled
Necessary cookies are absolutely essential for the website to function properly. This category only includes cookies that ensures basic functionalities and security features of the website. These cookies do not store any personal information.
Non-necessary
Any cookies that may not be particularly necessary for the website to function and is used specifically to collect user personal data via analytics, ads, other embedded contents are termed as non-necessary cookies. It is mandatory to procure user consent prior to running these cookies on your website.
SAVE & ACCEPT